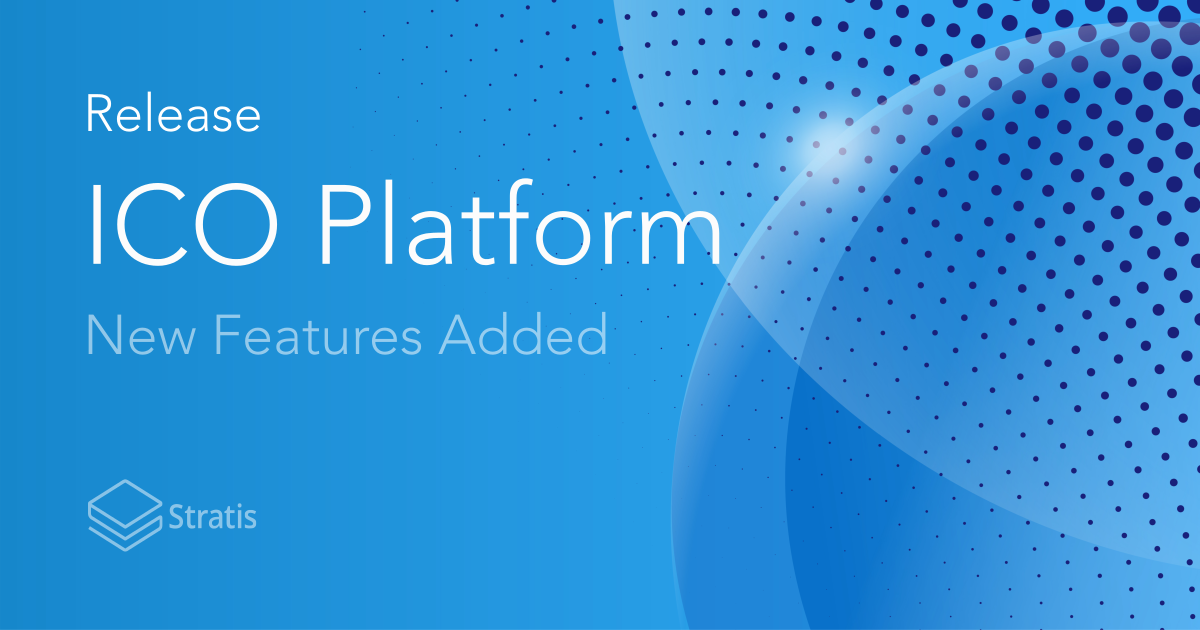 The Stratis ICO Platform remains available via the Azure Marketplace, leveraging all the advantages that are associated with Microsoft Azure such as availability and scalability.

As an example, it has been ruled in certain countries that citizens are not permitted to invest in an ICO unless they meet specific requirements. In order to meet these sanctions that are in place, Stratis has integrated two key features into the ICO Platform.

Firstly, IPStack offers the ability to block access to the ICO Platform based upon an individual’s location and more importantly, can detect the usage of VPN’s and Tor. By utilizing the IPStack integration, you can ensure that users from blacklisted countries cannot easily circumvent the rules in place.

Secondly, Stratis has worked with Shufti Pro, a KYC and AML Provider who offer the ability to reject KYC/AML check applications based upon location. This acts as a final preventive step in blocking unwanted participants on your ICO.

In addition to the IPStack and Shufti Pro integrations, Stratis has also introduced a Private Sale feature. This feature enables administrators of the ICO to restrict who can register by whitelisting prospective users email addresses. This allows companies and individuals who are performing ICO’s to confidently announce and publish their ICO website address, without fear of unwanted registrations gaining pre-sale discounts.

The Stratis ICO Platform is available to deploy from the Azure Marketplace.