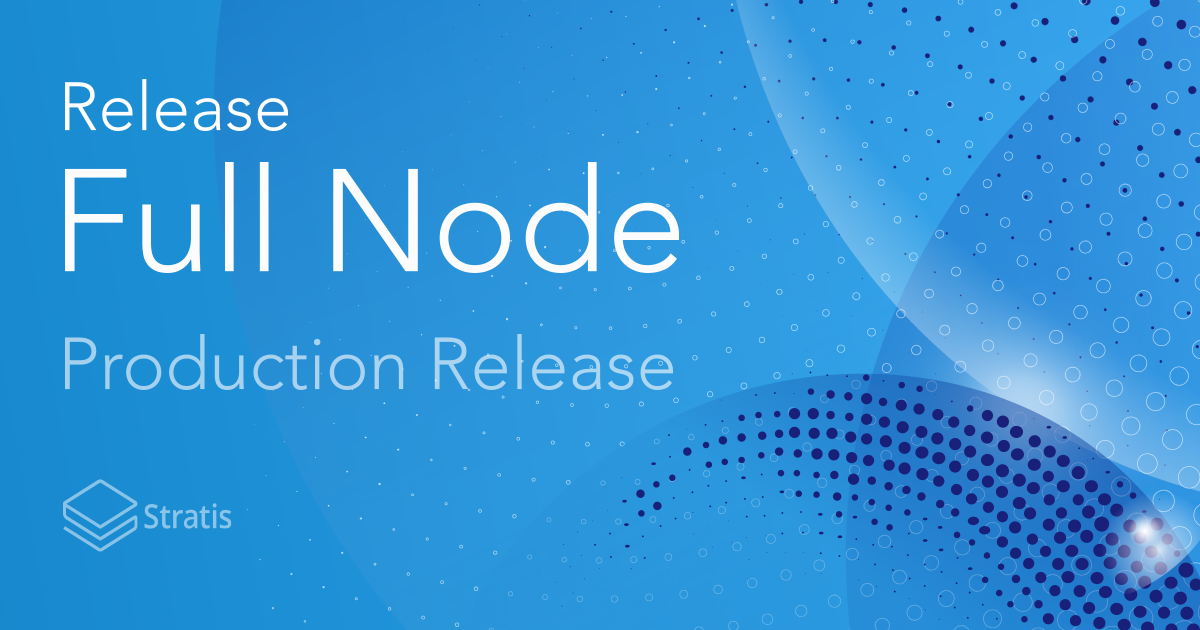 Stratis is proud to announce the production release of the Stratis C# Full Node on Mainnet.

A future-proof and environmentally stable Proof-of-Stake algorithm drives Stratis nodes, and this release of the Full Node is suitable for staking STRAT on Mainnet. Cold staking is also included as part of this production release, and this feature will be activated when 95% of stakers have adopted this release.

One of the aims when designing the Stratis Full Node was to make it component-based using a clean and customizable architecture. For example, Proof-of-Stake, Proof-of-Work, and Proof-of-Authority algorithms are all supported, and a Stratis Full Node can be set up to run with any of these. While a reference implementation is provided, this can easily be swapped out to work with an implementation that has been customized to work with a different database. At a more granular level, consensus rules can be added or removed as required.

Including and excluding individual components to create a Full Node tailored to a specific purpose is simple, and the Stratis Full Node can also be easily extended to include custom features. Future developments will adhere to the existing philosophy and follow a modular design.

As the Stratis Full Node has been built from the ground up in C# on the .NET Framework, Stratis has been able to incorporate optimizations. For example, when it comes to downloading the complete Stratis blockchain, the Stratis Full Node can do this significantly faster than a StratisX node, without compromising on security.

Despite the innovations made when designing the Stratis Full Node, the Full Node still uses, out-of-the-box, a protocol that is very similar to the Bitcoin protocol, and therefore familiar to those who know Bitcoin.

Migrating from StratisX to the Stratis Full Node is a straightforward process, and full documentation on how to do this is available here.

The production release of the Stratis Full Node is immediately available from the official GitHub repository or can be seamlessly deployed to Azure via the Azure Marketplace.