As mentioned in our Stratis Sidechain Masternode announcement last week, to progress the allocation of Masternodes for the Cirrus Sidechain, an application form would be made available to begin the enrolment process.
You can now apply to become a Masternode operator on the Cirrus sidechain by completing the form on the below page.
https://www.stratisplatform.com/sidechain-application/
You will need to run the Stratis KeyGen utility that can be obtained via the below link.
Stratis Keygen Utility
The application process will be available until the 31st March 2019.
In addition to making the application form available, Stratis has incorporated design changes to the collateral requirement for both Masternode Tiers. We are happy to announce the collateral will now be held within a Stratis Mainchain wallet allowing token holders to continue staking whilst securing the Cirrus Sidechain.
This decision was made based on the feedback from the community on the original announcement and enables holders of the Stratis token to continue gaining staking rewards on the Stratis Mainchain whilst operating a Masternode.
Information regarding the hardware requirements for operating a Masternode and key dates will be announced after the imminent major release of Stratis Core.

This wallet update was put in place to mitigate against potential delays when syncing fresh wallets. Our network has recently seen a large influx of new wallets which, at times, was putting increased load on the existing nodes. This update introduces a more dynamic load balancing across more nodes to solve long sync times.
There are two main issues people have been experiencing and here’s how to solve both of them:

Please follow these steps carefully to fix the issue:

This is a good time to take another backup of your wallet.dat file for safe keeping (Not required but backing up your wallet regularly is always recommended )
We strongly advise you to only download from official links provided by Stratis and through official Open Source repository on Github. General information about Stratis wallet can be found here.
Please be extremely careful when installing, operating or otherwise using your wallet. Stratis Group Ltd. is not responsible for any loss or damage to your software in connection to your activities and use of the software.

Staking Stratis on a Raspberry Pi

We have some great news for all of the stakers of the Stratis network. Two of our community members (@demon and @olcko) have made a guide about how to stake your $STRAT on a Raspberry Pi. Special thanks to both of you! We encourage our community to keep taking great initiatives like this. The guide can be found over here.
The $STRAT token is a Proof-of-Stake (POS) token with limited emission and a low inflation rate. Proof of Stake attempts to provide consensus and double spend prevention. With Proof of Stake, the amount of $STRAT you hold influences the amount of reward you receive.
In return for staking your $STRAT, you get rewarded $STRAT tokens. This reward is offered because you help to keep the network stable and secure. It is possible to stake on almost any device, a laptop a desktop etc. Some of the known issues with using a desktop or laptop are that they are power consuming, hardware performance degrades over time and your $STRAT can be less secure on those devices.
An answer for these issues could be found by staking on a Raspberry Pi. 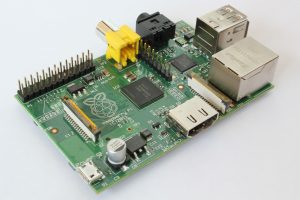 With the Raspberry Pi you have a machine that costs less electricity, has lower purchase costs, it’s small and its very secure.
If you are planning on starting to stake your $STRAT on a Raspberry Pi (a Raspberry Pi 3 in the guide) you can follow the guide step by step to get started. If you encounter any problems or have additional questions regarding staking on a Raspberry Pi please come and join our Discord and ask away.
If you are interested about the staking rewards and statistics about the $STRAT token, please take a look at our Blockchain Explorer. To work with the latest Stratis Wallet, please go to our website.
Happy staking to all of you and a big thank you to @demon and @olcko and all of you that are staking and helping to keep the network secure and stable!

Welcome Stratisans!
I have a strategic goal with this issue of the weekly, which is that by the time you have finished reading this, you will have UPDATED YOUR STRATIS WALLET TO v2.0.0.1.
The wallet update is MANDATORY across ALL Operating Systems. The deadline for this is Saturday 19th November at 00:00:00 GMT! You MUST update your wallet here to v2.0.0.1 before the deadline. We don’t want to leave anyone behind so please do it now. Right, onwards.

Dev Update
This week we have reached a major milestone on our development calendar. The .NET core scheduled for Feb 2017 is now complete, and it’s only November! We are thrilled to be running ahead of schedule and in case you missed previous updates, due to hiding under rocks and so forth, the full node OSX competition is over and @dev0tion is successfully running it on OSX. We are now working hard on porting POSv3 to C# so we are hoping to bring you more exciting news on that really soon.

Why Stratis is Unique?
As you know our aim is to bring blockchain technology to you in C# .NET. but what you may not know is why it is an incredibly useful and important thing to do. We have decided to give you a little insight into what it is about Stratis that gets us out of bed in the mornings.
The open source community may not have had much time for Microsoft’s closed systems in the past, but times are changing. Did you know .NET is now open source? Microsoft are getting up to speed and this presents a great opportunity for Stratis. We want to introduce blockchain to the huge community of developers working in C#.NET who no doubt work across a wide range of industries – C#.NET is a very popular language among the business community! By tapping into the potential of this community, Stratis hopes to accelerate uptake of the technology and popularise the development of new apps and services (on the Stratis blockchain of course).
You may be surprised to know that C#.NET now has the following capabilities:

Now for those of you who are wondering what the .NET bit is:

Have we converted you? Don’t forget that C# is still a young and impressionable language and new features are being decided by the community. The future looks bright for Stratis – here’s what our Dev Sigwo has to say on the matter:

‘The potential in Stratis is the ability for developers to code against a C# daemon to host their own private chains and Stratis has a great team to work with. Having a veteran bitcoin developer start the NStratis code puts Stratis in a different category of seriousness.’

Delayed Rewards for Staking
Some of you may have noticed that staking has not been rewarding you as expected this week. This is because the Stratis team have been controlling the staking and will continue to do so until Saturday 19th November. Be assured rewards are still being accrued for POS work being done this week and you will receive these after Saturday. Have you read this far and still not updated your wallet? Do it now.
And last, but certainly not least! – we want to give a special shout out to @Snip has developed a new web-app called StratisRate.com. It is surely the best resource around for checking in on $STRAT. Just some of the functions: Real-time rates for $STRAT in EUR, USD & BTC, 5 second refresh & desktop notifications. Great work @Snip!
More excellent news coming soon,
Stay Tuned.